With the rapid growth of the mobile and tablet internet users the face of e-Commerce is constantly changing and evolving. The move to mobile is happening as we speak as apps such as Grabble are taking the lead.

“Tinder for Fashion“ app Grabble is revolutionizing the idea of selling online and is bringing something new and pretty exciting to the ecommerce realm. It is not just the next social platform; you can actually buy everything you see on Grabble.

Grabble was first launched as a desktop site, but after its founders saw that actually its users were trying to access it on their mobiles, they decided to abandon their website and create an app.

It is simple. Users add a grab button to their bookmark bar, and whenever they see a product that they love, they can “grab it” or throw it straight to the bin if they don’t want to see it again.

What happens after you “grab” something? This is where the app borrowed from another crazy trend: Pinterest. The product is saved into a collection which resembles a Pinterest board. You can go back to your collections any time and easily find the item you are interested in.

The best part about it is that you can share the inspirations you have come across with others as every time someone “grabs” a product, it is featured in other peoples’ feeds and can be re-grab into their own collections. The result is a catalogue of the most desired fashion items on the internet. 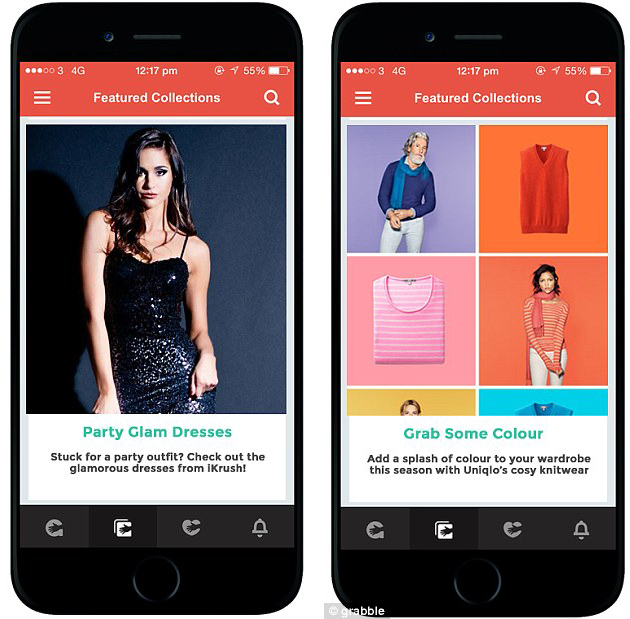 How Grabble is then different from Pinterest and what is the benefit for the brand, the app and the buyer? Here comes what I like most about Grabble: when an item that is being “grabbed” goes on sale, the user is notified by email and can actually purchase that item.

With a target of 1M users for 2015, an upcoming launch in the US and featured products from more than 1500 brands such as ASOS, Topshop, Uniqlo and Zara, Grabble is on the move to make the leap from e-Commerce to mobile.